We are slowly moving into spring with the start of some fine weather. This brings the challenge of cutting the lawns around the farm.

Ann decided that she wanted to get stuck into this lawn mowing lark and managed the ride-on lawn mower like a pro. she got around the headstones without a single mishap. 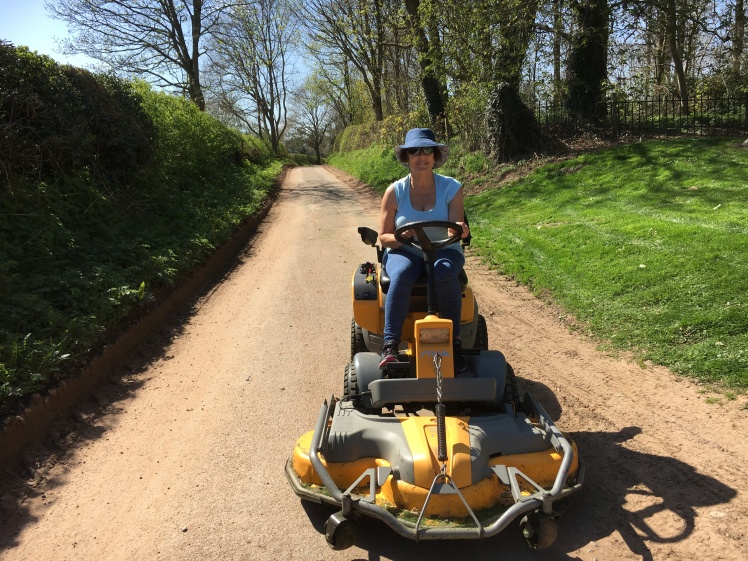 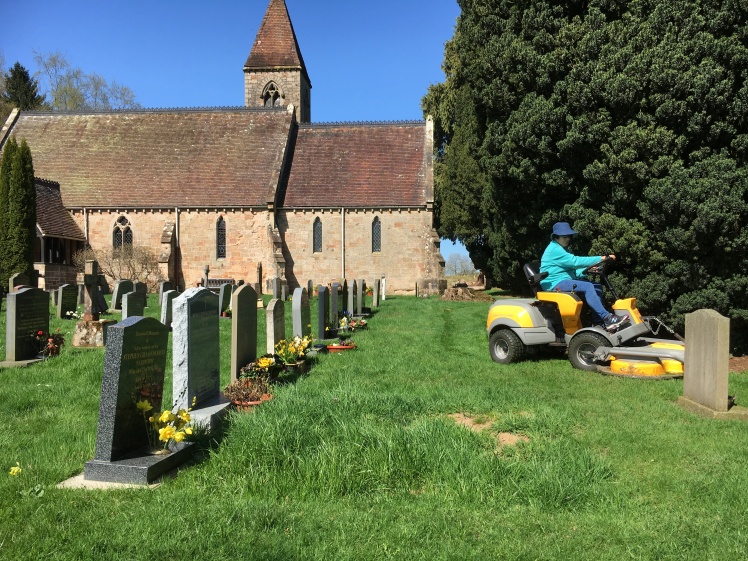 Ann Disturbed a pheasant while she was mowing the lawn at the churchyard. It was defending its territory from another male pheasant which was, in fact, its reflection in a headstone.

The daffodils are almost passed, but lots of the little villages we pass through have magnificent displays lining the road leading into the centre.

One village we passed through the other day was a little place called “Knockin”  It consisted of the standard old English pub, a church and the local shop which was also the post office and beauty salon.

The signs on the shop said it all ……. The knockin shop…. Roots  Hair & Beauty Salon. 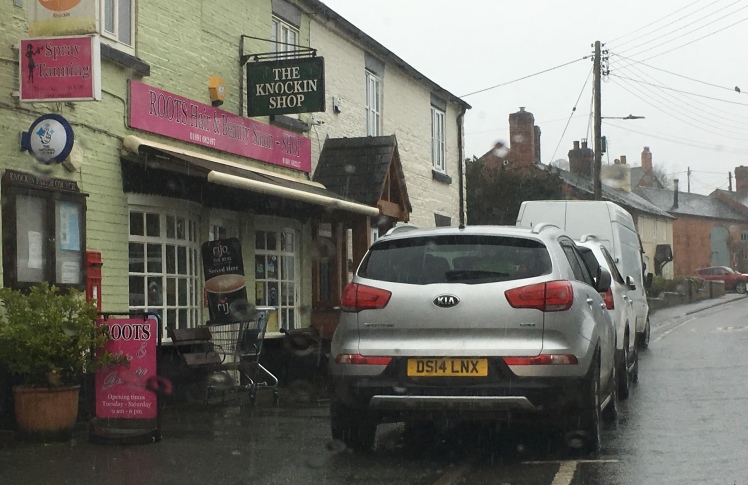 We took a drive up to Manchester and spent a very pleasant afternoon with Graeme’s nephew James, his wife Gen and their two children Woody & Archer

Back at Pradoe, it was time to get into the kitchen garden and uncover the rhubarb ready for the spring growth.

We still managed to find a good work-life balance. Morning tea in the summerhouse.

We borrowed two bikes and put them on a bike rack on the back of the Saab and headed into the hills of Wales. It was an hours drive to Lake Vyrnwy (Virnwe). This large lake was formed in 1910 with the building of a dam on the Vyrnwy river. This lake covered a village which was rebuilt below the dam. The water is piped to supply Liverpool with its drinking water.

It was a very warm day and it took just under two hours to bike the 13 miles around the lake. We kept stopping and chatting with other people who were also out and about enjoying the fine day. 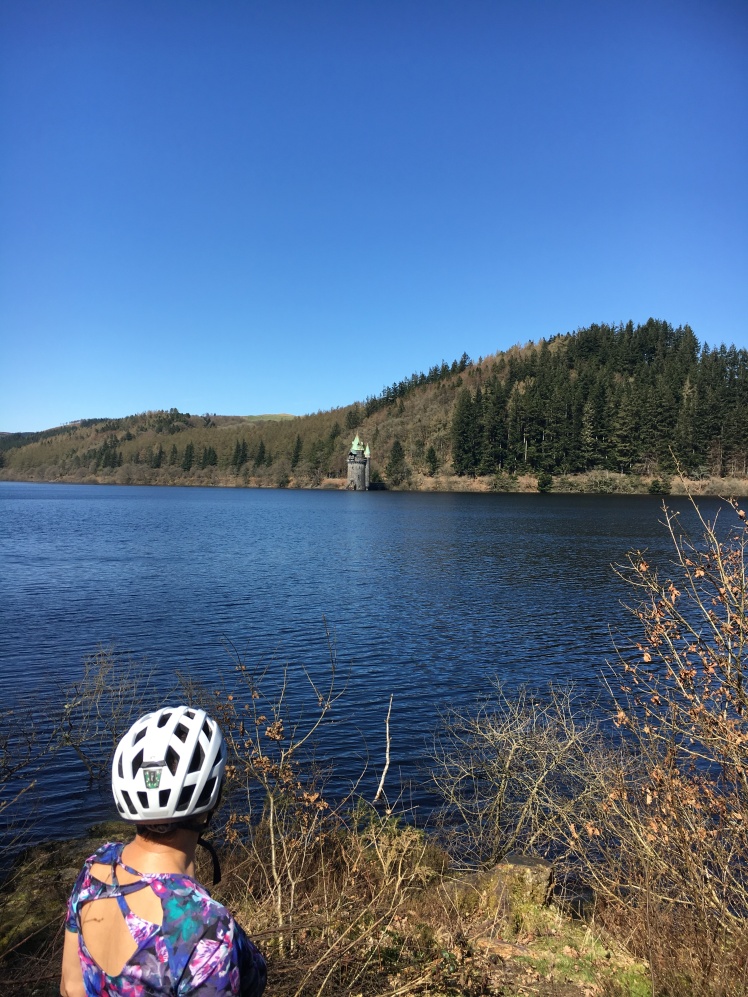 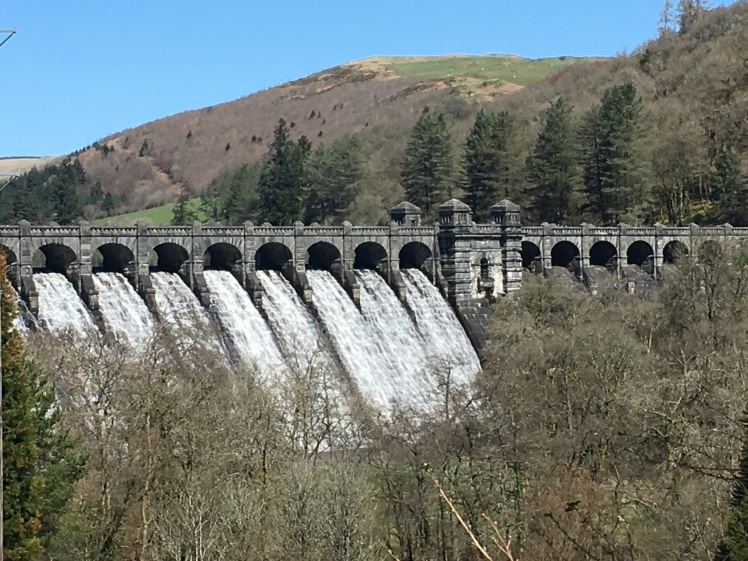 Here is a little of what Ann experienced on the way around.

After a good day on the Estate, we climbed onto the bikes and headed off down the towpath of the Mongomery canal and stopped off at the Navigational Inn for a bite to eat and a drink. 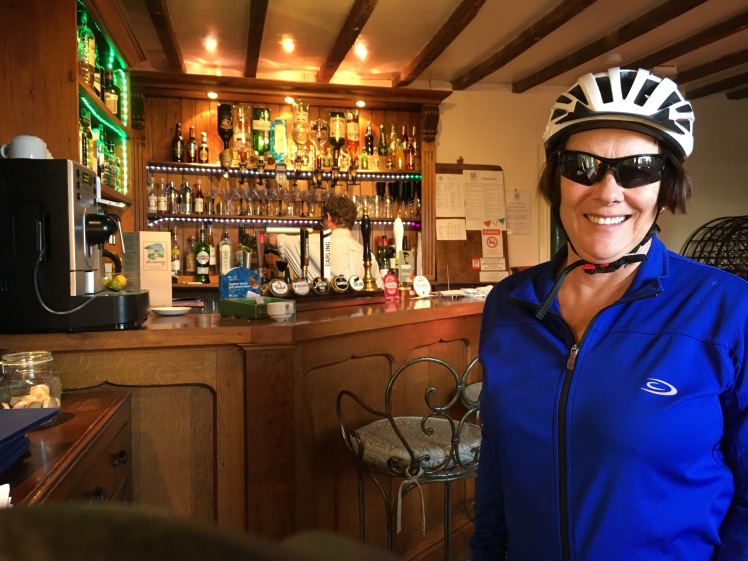 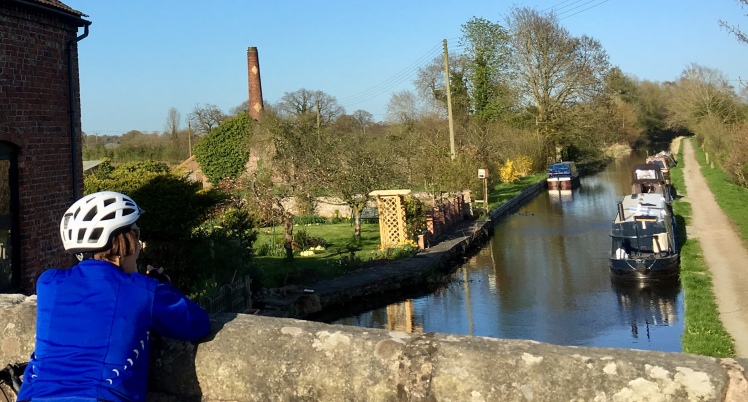