Sure it has been challenging, hard and for some totally discouraging. I think as a Nation we have pulled together, encouraged one another and made the best of the situation that was beyond our control. Ann & I have endeavoured to do the same within the sphere in which we live, work and play.

So yes, this has been a year like no other, which has meant that we have had to do life in ways that were unpredictable beyond the next few weeks. In the past, we knew how the seasons and year ought to have unfolded, but covid19 removed the word “ought” from any plans we had made for the year.

The first curveball we were thrown was that we had planned to live in our friend’s Bruce & Gill’s home from March while they spent some time in the UK & Europe. This suited us fine, as Ann had work (3 days a week) in Palmerston North for the year. Covid put paid to that. We had just purchased an 8metre English caravan, so that became our base during the week and we often had 4 day weekends in our home in Taupō, which is only 3 hours drive from Palmerston North.  The unpredictability of the year unfolded from there. (Click on any photo to enlarge)

The first three months were warm and we got out and about on our bikes undertaking rides that we had often talked about doing.

We cycled around the harbour from Tauranga to Mt Maunganui finishing up at Papamoa where we stayed with my brother Ross and Marion.

Parts of the Great Lake Trail are always worth revisiting.

The Waikato River Trail still has sections we have yet to complete. This was one we hadn’t ridden before.

Graeme has been riding with a group of guys been dubbed LOTSW (last of the summer wine) before lockdown there was a trip to Central Otago with rides from Wanaka to Glendu Bay, Alexandra towards Roxburgh to the end of the first section then Arrowtown to Macetown. This last ride involved crossing the Arrow River 20 times on the way up and then a repeat on the way back.

After lockdown, the LOTSW team came up to Taupō to experience some of the local trails 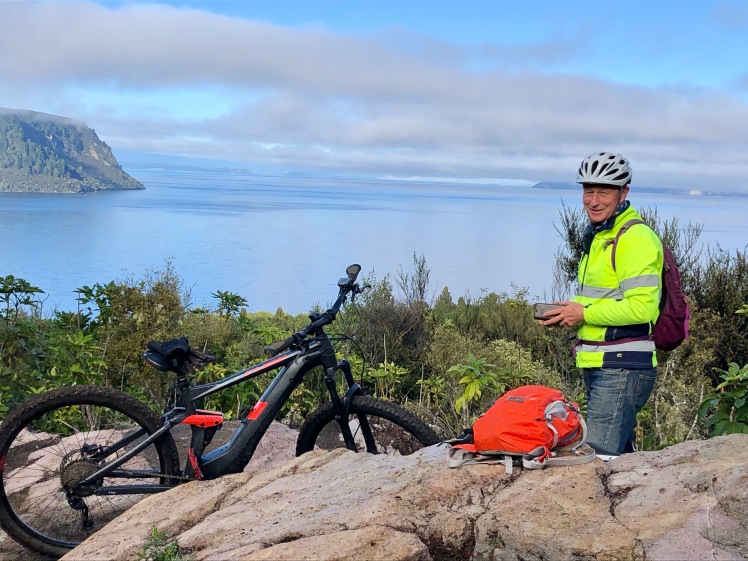 Huka Falls is always worth a visit

It wasn’t all about bike riding though, we took a road trip to Tokaroa (45 minutes North) to catch up with old Palmerston North Friends for lunch.

Ann had a visit from an Auckland work colleague. They spent a lot of time intensely discussing education in New Zealand.

On the 25th March, the Prime Minister announced that New Zealand was going into a level 4 lockdown. We were in Taupō, but as I was retired that had no impact for me in regard to employment, but for Ann, it meant working from home. We set up an office in the family room with a computer, Printer and wifi.

I’m sure this setup lasted for at least one day, then she found working at the dining room table with a view of the lake a much more enticing work environment. The coffee was still expected.

We were both tested for covid during March due to feeling unwell and after the Doctor ascertained that Graeme had passed through Christchurch airport the week before lockdown, he insisted we get tested (negative results). Notwithstanding this little episode, we actually enjoyed the lockdown experience. Ann started early and worked the mornings, and in the afternoons we ventured out being mindful of the lockdown restriction that had been imposed. We were allowed to exercise so long as we stayed local. We interpreted this as being able to go out on our bikes, and so long as we didn’t interact with others who were not in our bubble of two, we were okay.

What we enjoyed about the lockdown was the time together without interruptions or pressure to get things done at a set time or in any set timeframe.

We had social distancing coffee’s and drinks with neighbours in our little cul de sac, some of whom we hadn’t met before.

Taupō was so quiet that no matter where we went we were on our own.

Ann appreciating the Taupō Sunset from the lakeside walkway 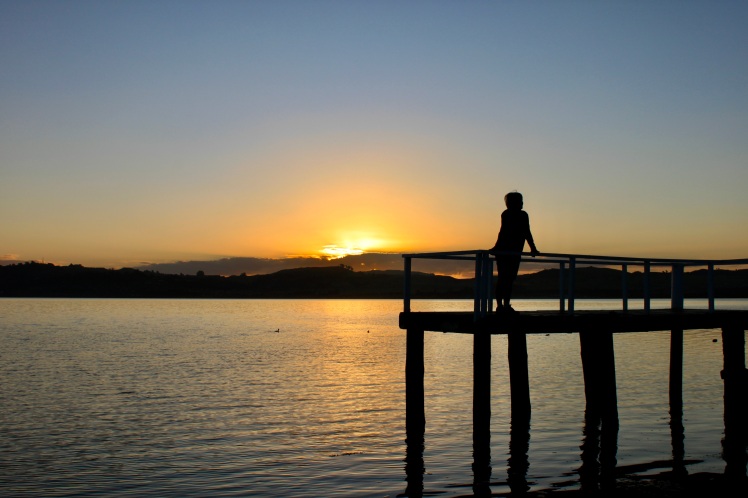 Graeme has started a little retirement project with help from his friend Bruce.
The goal is to turn the old, but very sound, double garage into a unit with bedroom, sitting room, bathroom and workshop.

Hoping to make more progress over the summer.

The year, no matter whether there was covid or not, would not be the same without the connection with grandchildren (or their parents) This year was no exception.

Went to Ashhurst Domain with some of the the Palmerston North crew for a BBQ tea.

Holiday visits to Grandma & Grandad’s are a highlight for us.

We went to Willington to “babysit” Jake & Esme so that Cath & Paul could celebrate his 40th Birthday in style.

One thought on “Smith’s 2020 Highlights”