Although there have been only a few really nice days so far this spring, we made the most of them and got out and about with family and friends who visited over the school holidays.

Our first visitors were Chhear, who lived with us for a number of years while we were in Palmerston North, and her husband and family. We went to Spa Thermal Park for a soak in the hot creek. This area has recently been redeveloped and now has changing-rooms and a pop-up café. 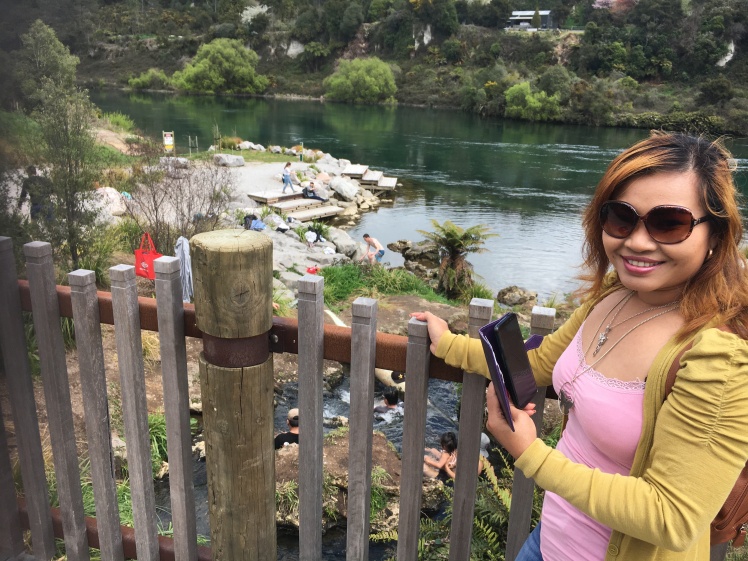 We took Christopher for a ride through the Redwoods to Huka Fall. see video of ride

Ann is getting good at the art of rolling off her bike. She discovered it is not yet Blackberry season. 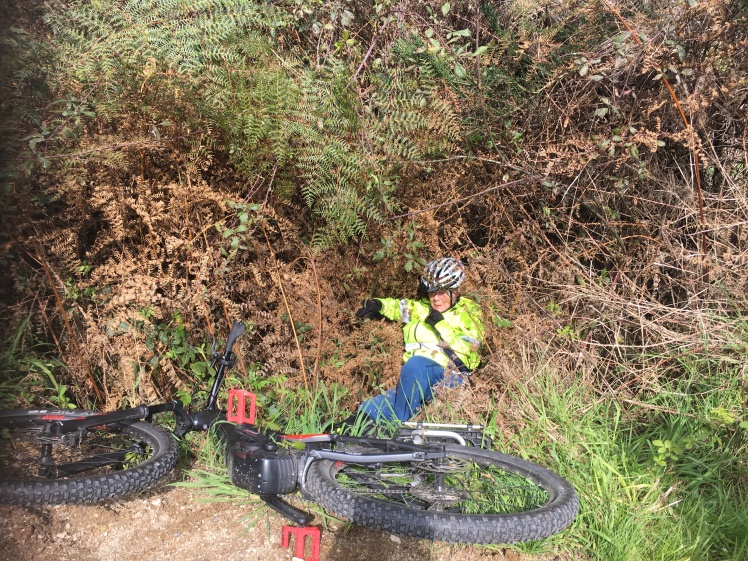 We cycled a section of the Waikato River Trail from the Little Waipa Reserve to Awapuni.

We were joined for the weekend by Bruce and Gill. They used our old e-bikes which ensured we all made it to the highly recommended Rhubarb café without too much trouble. We lunched at the café before returning back along the track to the truck. (see a short video of the ride)

We rode over the suspension bridge across the Waikato River at the Awapuni power station. This gave us a spectacular view of the river albeit that it increased the heart rate as we crossed. 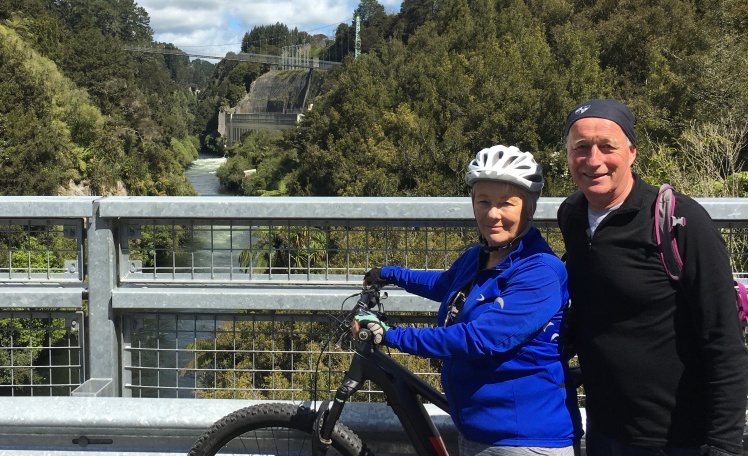 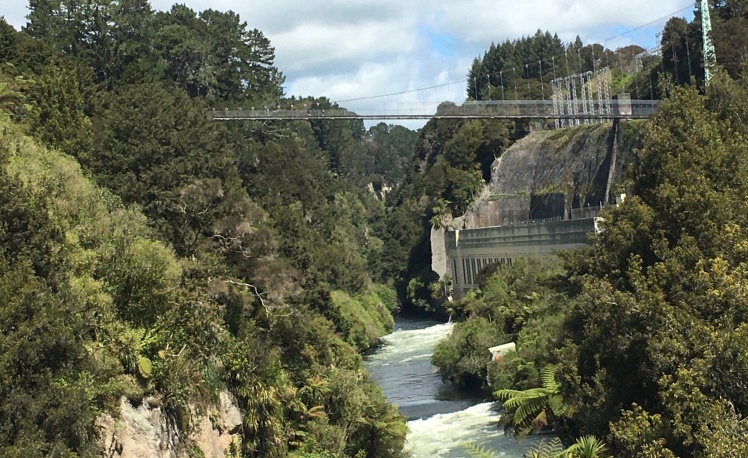 The blossom on this beautiful flowering cherry tree had attracted about ten Tui. The bird song was amazing (click to view).

Although the Navara is the best way to transport the bikes to and from the trails, we ran into a little bit of bother on the way home. Just south of Cambridge, while travelling at 100kph, the tailgate accidentally popped open. This resulted in four e-bikes somersaulting down the middle of State Highway 1. All the following vehicles managed to avoid the said cartwheeling e-bikes and the Highway Patrol Officer, who arrived on the scene within two minutes, checked out the situation before departing to seek out some other incident that was more worthy of his attention.

The result is a rather large insurance claim for the replacement of the bikes.

The lack of wheels enabled us to go at a more leisurely pace as we walked around the Taupō Botanical Gardens. 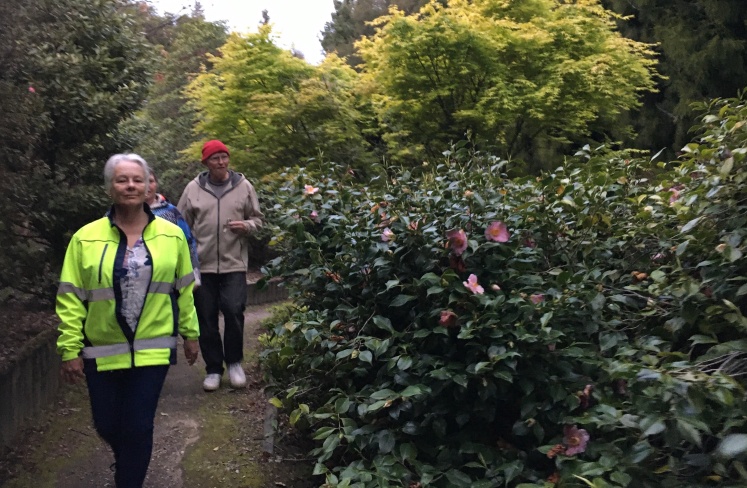 Cath arrived with Jake and Esme for a few days during the second week of the holidays.

The first stop was the AC Baths where both Jake and Esme made a big splash.

We walked to the Huka Falls along the river track and had a picnic lunch beside the river before heading home for a soak in the hot tub. 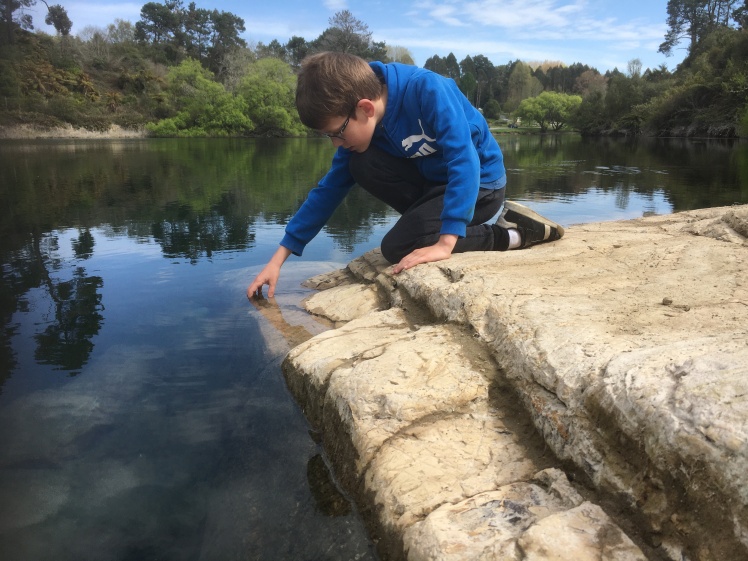 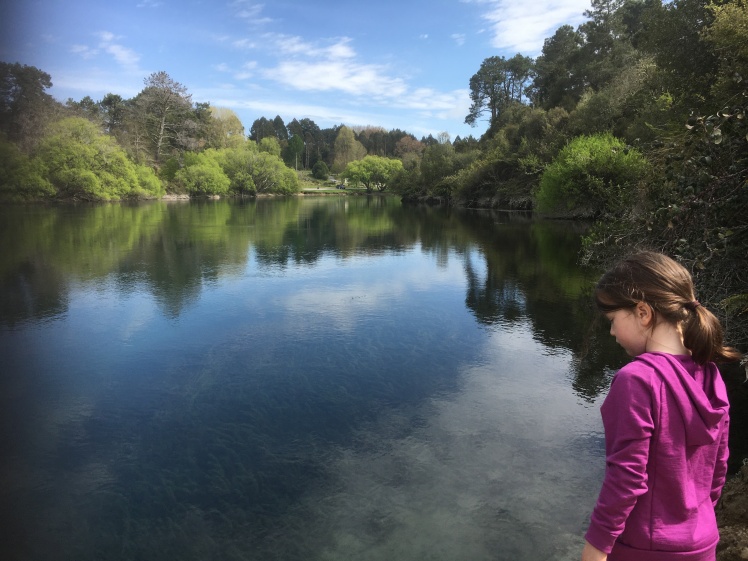 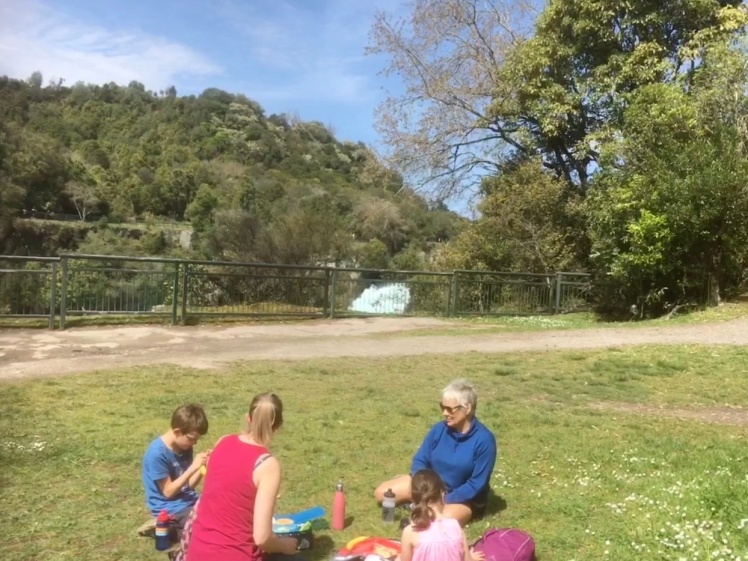 Rach & Dan arrived with Lylah and Tilly the day before we were due to leave.

We had a pleasant late afternoon stroll along the Taupō Lakefront. The girls couldn’t resist having a little splash in the lake before coming home to the hot tub. 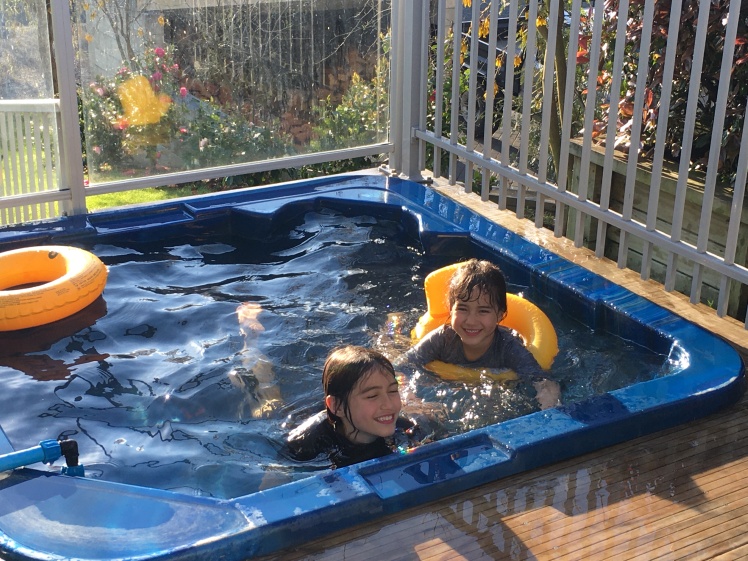 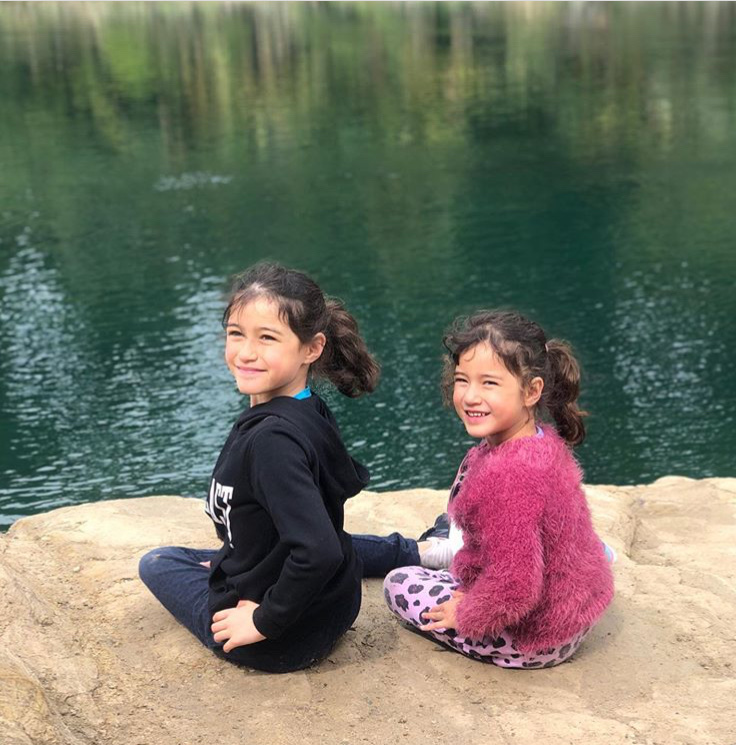 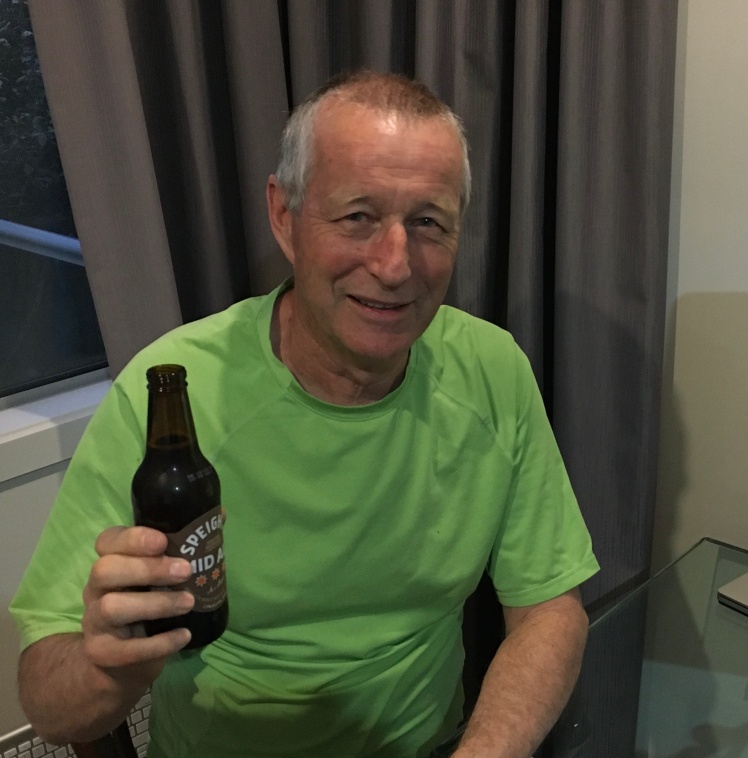